Shaker Orbit – Revolving in Space Around the Samples?

Orbital shakers are used in different situations when cultivating cells. The main purpose is to improve aeration of the culture. Similar to centrifuges, the settings have quite an impact on the performance and finally on your samples. Besides the shaking speed, the shaker orbit is a second major influencing factor.

What is the shaker orbit?
The Earth orbits the Sun at an average distance of 149.60 million km and one complete orbit takes 365.256 days [1]. Like the Earth is orbiting the sun, the shaker platform is moved in an orbital motion around the shakers’ central axis. But unlike the Earth, shakers are more flexible being available with different shaking orbits and adjustable rotational speed setting. The diameter by which the shaker is moving the platform around this circle is defined as the shaking diameter or shaking orbit. Common shaking diameters range between 19 and 50 mm.

How is the orbital movement facilitated?
Orbital shakers provide energy input to agitate the liquid in shake vessels via rotating centrifugal force. It must be facilitated that a full loaded platform can be shaken simultaneously 24/7. Common orbital shaker designs use either one centrally located eccentric drive shaft to which the platform is attached or a multi shaft system. A multi-shaft system like e.g. the triple eccentric drive (Fig.1) provides a uniform motion paired with a high axial platform stability for reproducible shaking and dependable performance. To compensate the centrifugal force created by the liquid mass, the shaker drive should be equipped with a counterbalance. A poorly counterbalanced load can lead not only to ‘walking on floor shakers’ but also lead to a higher wear out of the shaker over time. An adjustable counterbalance is the most flexible and allows adjustment in case of imbalance situations to run the load at the targeted high speed even under a high load mass. 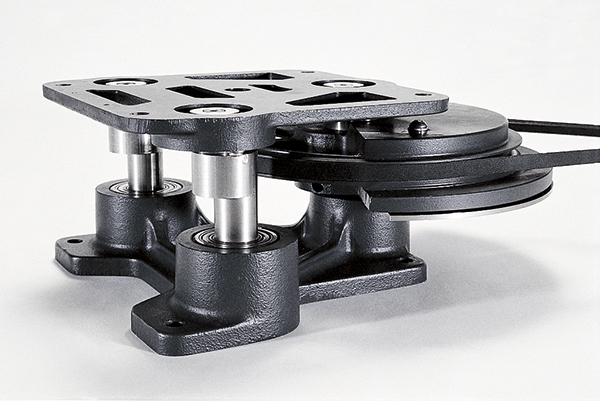 Shaker orbit and rotational speed – a team of influence
Shaking diameters range from 3 mm to 50 mm with the speed being adjustable depending on the application. Speed and orbit stand in relation to each other. But how?

Very small orbits like 3 mm are usually paired with high maximum speeds and aim to mix small volume samples in a short time. A laboratory mixer e.g. has a shaking diameter of 3 mm and allows ramping up with some models up to 3,000 rpm for fast and efficient mixing in small tubes or plate formats (Fig. 2). 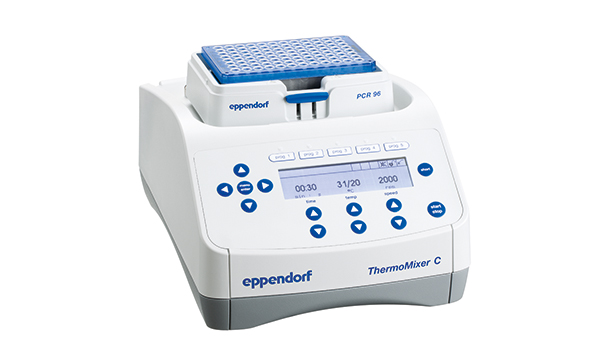 Fig. 2: Eppendorf Thermomixer® C with a shaking orbit of 3 mm and a max speed of 3000 rpm* *depending on smart block

Common shaking diameters of orbital shakers with the intention to cultivate cells in shake vessels are 19, 25, or 50 mm with flexible set speed ranges between 25 to 500 rpm. Of these, the smaller orbit shakers (19 and 25 mm) typically have a maximum of 400 or 500 rpm whereas the large 50 mm orbit shakers a maximum speed of 300 rpm. To cut it short: The smaller the orbit, the higher the maximum speed that can be set.

Oxygen transfer in shake flasks
The oxygen transfer rate in Erlenmeyer flasks is affected by the shaker (shaking orbit + agitation speed) and by the load (vessel design, material + fill volume). When an Erlenmeyer flask is shaken on an orbital shaker, the centrifugal forces associated with the flask rotation creates a swirl movement and throws the liquid up onto the walls (Fig. 3). A thin liquid film is formed and deposited on the flask wall and is replaced with each revolution. This film is the area of the oxygen transfer into the liquid. The overall rate of oxygen transfer depends on the rate of generation of fresh liquid surface, or the frequency with which the liquid film is replenished [2]. 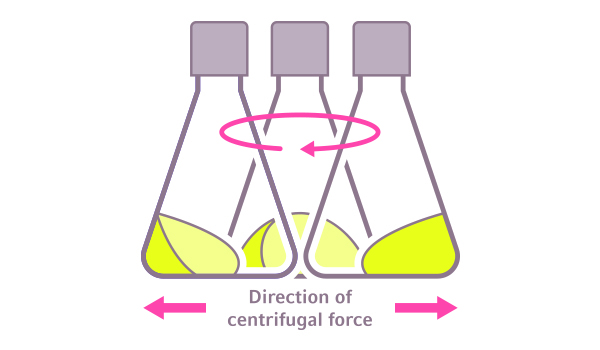 Fig. 3: Distribution and movement of liquid in an Erlenmeyer flask on an orbital shaker [2]

In general, both, higher speeds and larger orbits, will lead to a better aeration. But does a larger orbit and a higher speed lead always to a higher growth rate? Not in all cases. As mentioned above, it is not only the orbit and speed, but also the vessel shape, liquid type, and filling volume level, which affect the forming the liquid film and with this the aeration. In addition, cell type specific characteristics e.g. robustness or susceptibility to shear stress must be considered. A too high speed cannot be in all cases suitable as it may physically damage shear sensitive cells.

What orbit to use?
As a rule of thumb, 19 or 25 mm are still the standard orbits in microbiology and are also described in protocols for large volume flasks in microbiology [3].  In a test with different sized Erlenmeyer flasks up to 1 L no significant differences were observed in E. coli growth rate and peak cell density between the 25 and 50 mm orbit with the exception of under the lowest agitation speeds of 100 rpm (Fig. 4). The rise of agitation speed from 100 to 200 rpm led to a higher growth rate (Fig. 4) and a higher oxygen transfer rate (Table 1). A further increase in speed to 300 rpm did not result in an increase in growth with both orbits, although a higher oxygen transfer rate could be detected (Table 1).

Fig. 4: Influence of orbit and speed on E. coli growth. E. Coli was shaken at various rpms for 250 mL (data not shown), 500 ml and 1 L flask with a fill volume of 20 %. Data are average of duplicated experiments (Internal testing, Eppendorf, 2017)

At the same agitation speed, the oxygen transfer rate (OTR) values for 50 mm orbit shaker were shown to be slightly higher than 25 mm version, but the differences were not as significant when compared to OTR increases caused by increased agitation.

Table 1: OTR measurements in a shaker with different set speeds in a 25 vs. 50 mm orbit shaker. Results shown were the average of duplicated experiments (Internal testing, Eppendorf, 2017)

When to use a 50 mm orbit? As a larger diameter increases aeration it can be beneficial to use when working with shear sensitive microorganisms or cells that require low agitation speed such as 150 rpm or less, when working with large volume vessels above 2 liters or wide volume vessels such as Fernbach flasks that are shaken at low speeds. For small volume deep well plates a 50 mm paired with high speeds ≥ 300 rpm can be beneficial too [4].