Dipping Your Thermometer Into Your Sample?

Temperature control within a sample is not as easy as expected. Most samples with the biomedical research area are sterile or at least as clean as possible. How can you monitor the temperature within your sample while avoiding contamination within your sample?

Many samples need to be warmed up or cooled down during their processing in the lab. The exact temperature is important for the correct processing of the samples. In general, you change the settings of the heating/ dry block to the temperature needed. After some time, the display of the related instrument shows the desired temperature and you transfer your sample tubes into the heating block. Job done.

But how does it work without having a temperature probe within the sample?

Therefore, the perfect temperature check is out of range. The second most accurate location for the probe head is a position directly near the tube. The probe head with its sensor is integrated in the thermoblock near one of the wells of the block. Based on this neighbored set-up of probe and sample, a more accurate temperature control is possible.

The integrated probe head inside the thermoblock constantly exchanges data with the temperature-control unit within the related instrument to optimize the temperature conditions for your samples.

A smart thermoblock has this thermal fingerprint stored in a small data chip within the thermoblock.

There is a clear advantage when using the smart thermoblock in combination with different control instruments: the thermal fingerprint is always readable by the control instrument and based on this an optimal temperature behavior for optimal sample conditions can be provided.

Reliable instrument providers do extensive testings and optimizations with different vessels and liquids during the R&D time to calculate the influence of the last millimeters within the thermoblock.

For an optimized temperature transfer, several aspects should still be kept in mind:

Bottom shape of tube
Depending on the fit between the tube and the thermoblock, the temperature transfer can be faster or slower. A 1.5 mL microtube does fit into the thermoblock dedicated to the 2 mL microtube. The tube wall will have direct contact with the surrounding wall of the thermoblock whereas the bottom of the 1.5 mL tube will not have a good contact to the heat source at all.

As a result, the temperature transfer will be suboptimal. 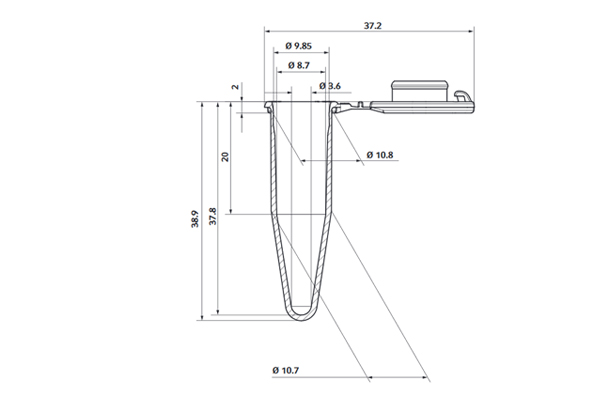 Type of liquid
Different liquid types have different thermal conductivities. The differences are not as big as with solid materials but may still result in different times for temperature adaption.

For optimal temperature performance, keep in mind the optimal fit between vessel shape and thermoblock design as well as regular maintenance for your control instrument.