What You Need to Know about Antibiotic Resistance – Findings, Facts and Good Intentions

Increasing antimicrobial resistance requires the development of new substances and the responsible use of existing antibiotics. This needs international cooperation.

Antibiotics, our favored medication against harmful bacteria are one of our major medical success stories. Many infections, which in former times were lethal, are now successfully treated using antibiotics. That’s why bacterial infections nowadays rank far behind cardiovascular diseases and cancer as causes of death.  However, more and more frequently, germs resistant to antibiotics are appearing in increasing numbers.

Vytenis Andriukaitis, EU Commissioner for Health & Food Safety, recently stated that about 25.000 deaths in the EU are caused by antimicrobial resistant infections annually. Most experts identify some common factors behind this growing threat. All too often, the prescription of antibiotics in medicine is questionable, for example in cases of viral infections. Poor compliance with hygiene and disinfection procedures is also commonplace in many hospitals and doctors’ surgeries. The excessive use of antibiotics in intensive livestock farming is another concern. Animals are routinely fed with antibiotic supplements as a preventative measure which, in turn, causes resistance to develop. Following human consumption of such animal products, this resistance may be passed on to our own bodies’ bacteria.

Antibiotics kill or inhibit the growth of bacteria, even in very small concentrations. The first substances were naturally formed metabolites, which were isolated from fungi and bacteria. Later on, a broad range of synthetic substances were developed. Altogether, about 80 broad spectrum antibiotics, that are substances which are effective against numerous different bacteria species, have been developed.
Arsphenamin, the first official antibiotic, was discovered in 1910 by the Nobel laureate Paul Ehrlich. It paved the way for over 100 years of discovery, research and the development of new and powerful antimicrobial medicines. However, patients and doctors are increasingly faced with the emergence of resistant strains, even though most bacterial infections are currently still treatable using antibiotics developed within the 20th Century. A tragic example is the multi-resistant MRSA superbug which is currently one of the most common global causes of hospital-acquired infections. Multi-resistant bacterial infections must be treated with so-called “reserve” antibiotics. These are drugs which are used only in cases where normal antibiotics no longer work.

Only eight new antibiotics have been launched over the last two decades, all of which were developed to overcome situations of specific or multiple antibiotic resistance. New target patterns and modification of the chemical structure of existing drugs are key themes in the development of new, powerful antimicrobial medicines. Scientists from the Hans Knöll Institute in Jena, Germany, for example, recently identified a new antibiotic from bacteria living in mangroves. Aspects of this new substance bear remarkable similarity to well-known sulfonamides, which have been in common use since 1936. However, when examining the structure of the drug more closely, it appears to function in a different way. Such findings may be one piece of the jigsaw puzzle in the successful fight against resistant strains.

A cooperative venture on an international scale

The World Health Organization (WHO) also calls for a global rethink in antimicrobials use. They fear a post-antibiotic society in which people die from dental infections or from an inflamed bladder. This growing problem cannot be solved at a national level alone. Only a global approach involving all players who are concerned with the use of antibiotics can cope with the scale of this challenge. 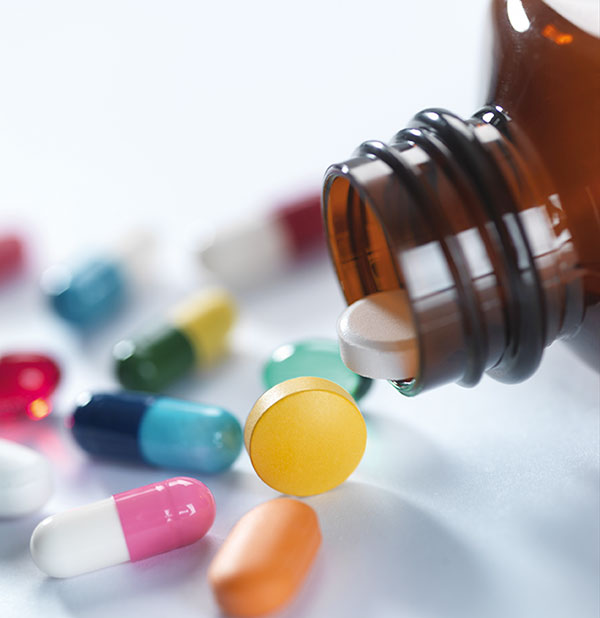