How Many Will Be Convicted This Time?

Ole, ole, ole - oho… - While the teams are warming-up for the European Championship, we take a look behind the scenes - directly into doping habits and test laboratories.

Last time it was a complete team that was under suspicion; this year the first reports appeared only weeks before the start of the European Football Championship. Such news suggest that doping is a common way to increase player’s performance. So far, football does not belong to the usual suspects which include cycling, athletics and winter sports where doping has become more abundant. However, a recent study has identified regular use of doping substances by European football stars.

The study, which was officially commissioned by UEFA, the Union of European Football Associations, proved that about eight percent of all professional football players are doped with steroids. More than 4000 anonymous urine samples were taken from players in European competitions and analyzed. Around five individual samples from different games were used for each player. Almost one-in-twelve players showed conspicuous levels of testosterone – an alarming figure. Significantly, these results only reflect doping with steroids. The actual number of players who use blood-doping, growth hormones and other substances also needs to be considered in addition to this.


Why is doping on the rise in football?

Doping is usually favored by endurance athletes and sportspeople, such as sprinters, who need to focus their energy for short, concentrated periods of minutes or seconds. However, these criteria might also apply to footballers too. During a 90 minutes’ game they can run up to twelve kilometers, and even in the last seconds they must be capable of making a final sprint to score a decisive goal.

Athletes who attend national and international competitions are tested for doping. This is carried out in one of 33 specified laboratories which are accredited by the WADA, the World Anti-Doping Agency. They are looking for a diverse range of critical substances such as growth hormones, anabolic steroids, stimulants and anesthetics. These agents increase, for example, muscular growth, oxygen transport and vigilance. They also lead to shorter recovery times, increased pain threshold and improved concentration. In reality, it is significant that the long term use of doping substances can be very harmful to the human body.

Most analysis is done using urine samples, though sometimes blood is additionally collected. The common analytical tools are chromatographic methods like gas chromatography with mass spectrometry (GC/MS) and high pressure liquid chromatography with mass spectrometry (HPLC/MS). Specific immunoassays are also used. Such analyses are very sensitive and substances can be detected at concentrations from picogram/mL to femtogram/mL. This is even less than a billionth of a gram per liter. Precise and accurate laboratory products are needed to ensure these detection levels.

WADA inspectors are ready and waiting. The current doping case of the French national player Mamadou Sakho demonstrates the importance of doping control in professional football. On the other hand, we should realize that things are never as bad as they might seem. In 2012, when the entire Ukrainian team was suspected of doping, further analysis proved that not all of them had used critical substances. However, a few of them did… 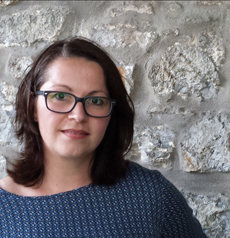