How to Reduce the Risk of RSI in 384-well Applications

With the advent of the high-throughput screening approach, the need for a microplate with a larger number of wells appeared and was quickly implemented as a consumable for plate assays. Applications performed in 384-well plates require repetitive liquid handling steps. Automated pipetting platforms represent an investment that smaller labs or companies often cannot afford. Then multi-channel pipettes are preferred. Thus, 16 or 24-channel pipettes designed to fit the 384-well microplate format are an alternative solution for scientists looking to increase their throughput. Compared to 8 or 12-channel pipettes, especially the electronic versions of 16 or 24-channel pipettes save pipetting time and reduce the risk of repetitive strain injuries (RSIs).

RSI can occur if the same physical movement, such as pipetting, is repeated over a long period of time. Depending on the instrument used, when filling 384 well plates with liquid, the arm must be moved repeatedly, in the worst case up to 384 times, between the liquid container and the plate itself. By tackling entire columns or rows of a 384-well plate in a single step, 16- and 24- channel pipettes can help reduce the risk of RSI for researchers processing a large number of plates in parallel. The best result you can achieve is by using electronic 24-channel pipettes in the dispensing mode. 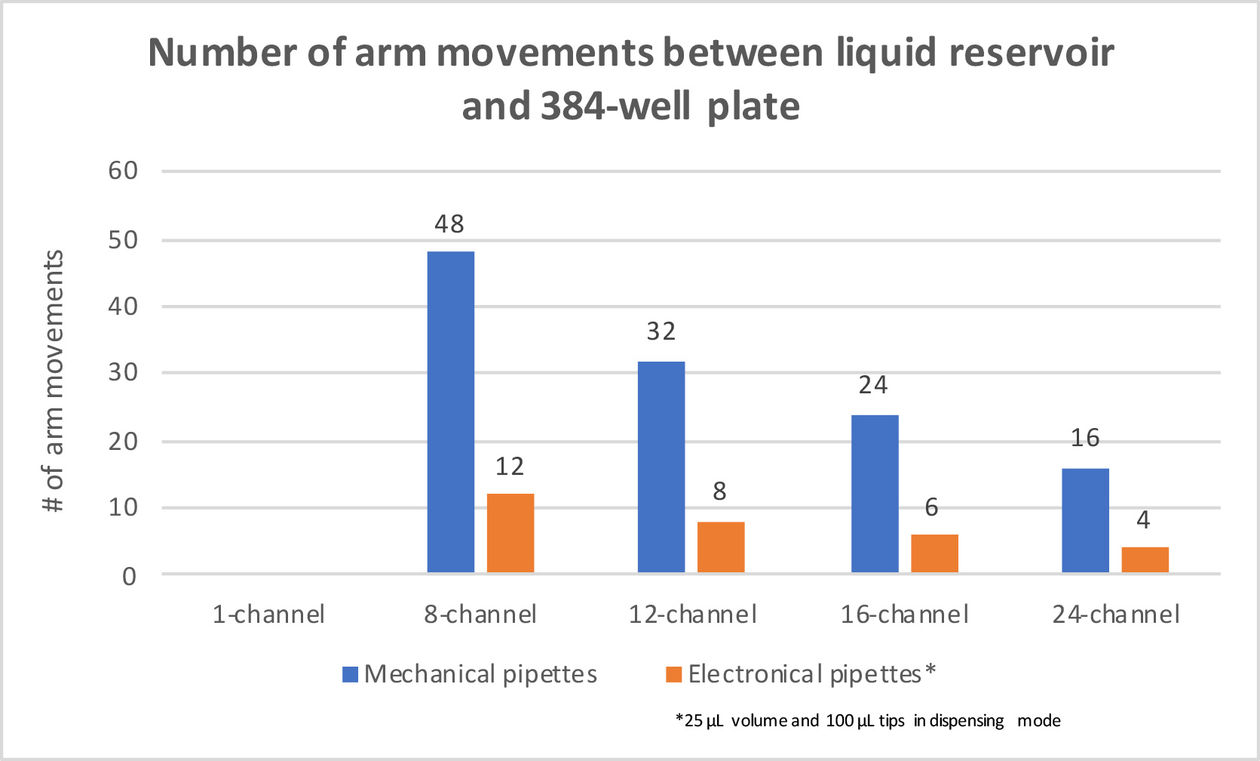 How you can improve the ergonomic conditions in your lab: