The creation of induced pluripotent stem cells – cells transformed from a mature into a less differentiated state – caused a major breakthrough in cell biology, opening new doors in research and heralding new, life-changing therapies in the clinic. The fascinating story behind the fastest Nobel Prize in medicine.

Such straightforward rules are often too simple to be true, and in fact it was long known that this could not be the whole story. From Sir John Gurdon’s seminal work in the 1950s and ‘60s it was known that the nucleus of an adult cell can produce a viable organism when placed in an egg cell that has its own nucleus removed1. This raised the question of whether, without removing nuclei, mature cells could be reprogrammed to a pluripotent (embryonic stem cell-like) state.

Fast forward to the early 21st century, and embryonic stem cells, including human2, could be cultured in the lab and different viral vectors could be used to reliably deliver and express genes. It was against this backdrop that Professor Shinya Yamanaka and his postdoc Kazutoshi Takahashi set out to investigate which genes could stimulate a mature cell to return to its pluripotent state.

Born in Osaka, Japan, Professor Yamanaka obtained an M.D. from Kobe University and a Ph.D. from Osaka University. He then worked as a postdoc at the Gladstone Institute of Cardiovascular Disease in San Francisco before joining Kyoto University in 2004. His postdoc, Takahashi, was born in Hiroshima and started his research career at the Nara Institute of Science and Technology where he studied for a Ph.D. before joining Yamanaka’s group in Kyoto.

In 2006, Yamanaka and Takahashi were testing their hypotheses on cellular reprogramming, working on mouse fibroblasts and trying to insert different combinations of genes with a suspected role in maintaining a cell’s pluripotent state. On one occasion, after introducing 24 genes into these fibroblasts, Takahashi noticed his cells were growing differently to the characteristic spindle-like shape of ‘normal’ fibroblasts – leading him to go to Yamanaka’s office and proclaim: “We have colonies3.”

Further tests confirmed – as Takahashi had suspected from seeing these colonies – that the mature fibroblasts had indeed transformed to a pluripotent state. They soon reduced the number of genes required to do this to only four (Oct3/4, Sox2, Klf4 and c-Myc)4, and repeated the technique on mature human cells a year later5.

iPSCs proved to be an immediate success. Researchers in different fields quickly adopted the technique for research into areas such as drug discovery, disease modeling and tissue engineering3. Their ability to expand indefinitely, combined with the (relatively) simple method of generating them, drove their success. In 2012, only six years after their discovery, it led to the Nobel Prize for medicine being awarded to Yamanaka and Gurdon6.

However, the potential applications for iPSCs were not limited to labs and petri dishes. Soon after their discovery, scientists began to investigate the scope for using iPSCs in the clinic. In 2013, after overcoming the many hurdles associated with clinical safety and efficacy, the first team to test an iPSC-based treatment was led by Masayo Takahashi at Japan’s Riken institute7.

The procedure aimed to treat patients with age-related macular degeneration (AMD), a condition that causes significant visual impairment. The team took adult cells from the patients, reprogrammed them to iPSCs and then expanded and differentiated the cells into retinal pigment epithelium – forming sheets which could be transplanted back into the patient.

Results from the first patient were encouraging. Takahashi’s team reported a safe transplant with no signs of rejection or malignant growth8. However, the trial was halted before the second patient could be treated due to unexpected genetic changes in the iPSCs. Despite this setback, the team continued its search for safe iPSC treatments and in 2017 started treating AMD patients using iPSCs from anonymous donors with a lower risk of genetic defects9.

Present and future: the heart of the matter

The ascent of iPSCs in the clinic has not stopped with AMD. In May 2018, the Japanese government approved a trial to treat the effects of heart disease using iPSCs. In this trial, a team at Osaka University led by Yoshiki Sawa, used iPSCs to create four-centimeter sheets of muscle cells, which can be applied to the heart to stimulate muscle regeneration10.

Of course, the use of iPSCs in the clinic is in its infancy and only time will tell whether we will ever be able to turn to iPSC banks – or even our own personal stock – to cure our illnesses. Nevertheless, just over a decade after their discovery, iPSCs have become a valuable, established tool in life science research and have made their first strides into the clinic – an achievement worthy of the fastest Nobel Prize in medicine ever awarded11.

1. Gurdon JB. From Nuclear Transfer to Nuclear Reprogramming: The Reversal of Cell Differentiation. Annual Review of Cell and Developmental Biology 2006. 22: 1–22. 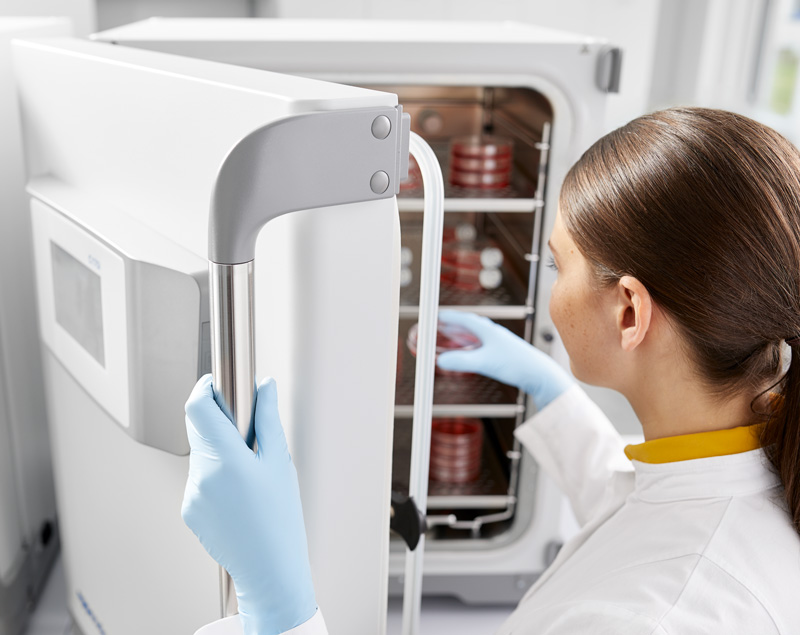