Cho Turns 60 – The Hamster That Keeps on Going

2017 marks the 60th anniversary of a true mainstay of protein research and bioprocessing. First established in 1957, the Chinese Hamster Ovary (CHO) cell line was one of the first stable mammalian cell lines developed, and continues to be valuable tool in research and industry.

The 1950s was a real golden age of cell culture. Famously, 1951 saw George Gey develop the human HeLa cell line from cervical cancer tissue1. Soon after, Theodore Puck, another pioneer in the emerging field of cell culture, conducted some of his most groundbreaking research. Based at the University of Colorado Medical Center in Denver, Puck successfully cloned the HeLa cell in 1955 and worked on the research that identified humans have 46 chromosomes rather than 48 as previously thought2.

And then, somebody gave Puck a hamster...

Puck established the CHO cell line by isolating epithelial cells from the ovaries of a Chinese hamster (Cricetulus griseus). Already used as a laboratory animal in previous decades, these hamsters had been a good animal model in, for example, radiation studies. Upon culture in vitro, the cells spontaneously immortalized3, paving the way for unlimited expansion and use at the largest scales.

In the decades that followed, the CHO cell became a familiar ‘face’ in biolabs all over the world. Publications throughout the 1960s and ‘70s report the use of CHO cells to study DNA damage, effects of radiation, viral infection and propagation, and effects of chemicals on cell proliferation among many others.

Following the widespread adoption of CHO cells, Puck was awarded the 1973 Louisa Gross Horwitz Prize from Columbia University together with two other greats in the field of cell culture: Renato Dulbecco and Harry Eagle (whose names will be familiar to those working in cell culture labs).

Highlighting Puck’s achievements, the awards committee called him “the first to demonstrate that individual animal cells in culture can give rise to colonies.” It also stated that CHO cell culture “has proven a pivotal method in the development of animal cell biology”4.

One reason for the enduring success of the CHO cell line is the fact that it is highly suitable for transfection studies. The combination of good genome stability and high rates of vector incorporation means that it is the ideal tool for producing recombinant proteins. After translation, proteins often undergo post-translational modifications (PTMs), which affect their efficacy and immunogenicity. These mammalian cells tend to perform the same PTMs as human cells, giving CHO cells an advantage over using bacterial production3,5.

From the original CHO cell line, researchers developed several variants to improve its performance. One of the most significant developments came in the 1980s with the introduction of two variant cell lines that do not express dihydrofolate reductase (DHFR): CHO-DUKX and CHO-DG446.

DHFR is an enzyme involved in the synthesis of certain amino acids; absence of DHFR activity means that cells become reliant on glycine, hypoxanthine and thymidine (GHT) for survival. This characteristic can be exploited in search of an efficient method for producing recombinant proteins.

Researchers created vectors that contain both the gene of interest and the DHFR gene (as a selectable marker). This means that cells that take up the vector are no longer reliant on supplemented medium, and if GHT is withdrawn, only the cells that contain the gene of interest will proliferate. This approach helped to create a more efficient protein production process, extending the usefulness and lifetime of CHO cells as a tool in cell culture into the modern age.

Driven by a high demand for recombinant proteins at minimal cost, researchers set out to improve protein production in CHO cells through optimized culture media, better selection strategies, and many other factors. These optimizations have led to a 20-fold increase in yield since the 1980s. As a result, industrial protein production processes can achieve titers of 1–5 g/L, minimizing costs and making the production of a larger range of proteins more economically viable6.

Developments in the composition of cell culture media have also resulted in serum-free chemically-defined media suitable for CHO cells. Use of these media has opened the possibility for xeno-free CHO protein production, which, combined with low risks of viral contamination, improves the chance of regulatory approval3. Highlighting the success of this cell line, more than 50% of the biopharmaceuticals approved in the US and Europe between 2006 and 2010 were produced in CHO cells7.

In the age of cell culture, CHO was there from the beginning and is still going strong at 60. With an established history of regulatory approval for recombinant protein expression8, protein yields in the gram-per-liter range, and applications in many medicines today, CHO shows no signs of slowing down. So... let’s take a moment to celebrate these amazing little protein factories. Hip, hip... 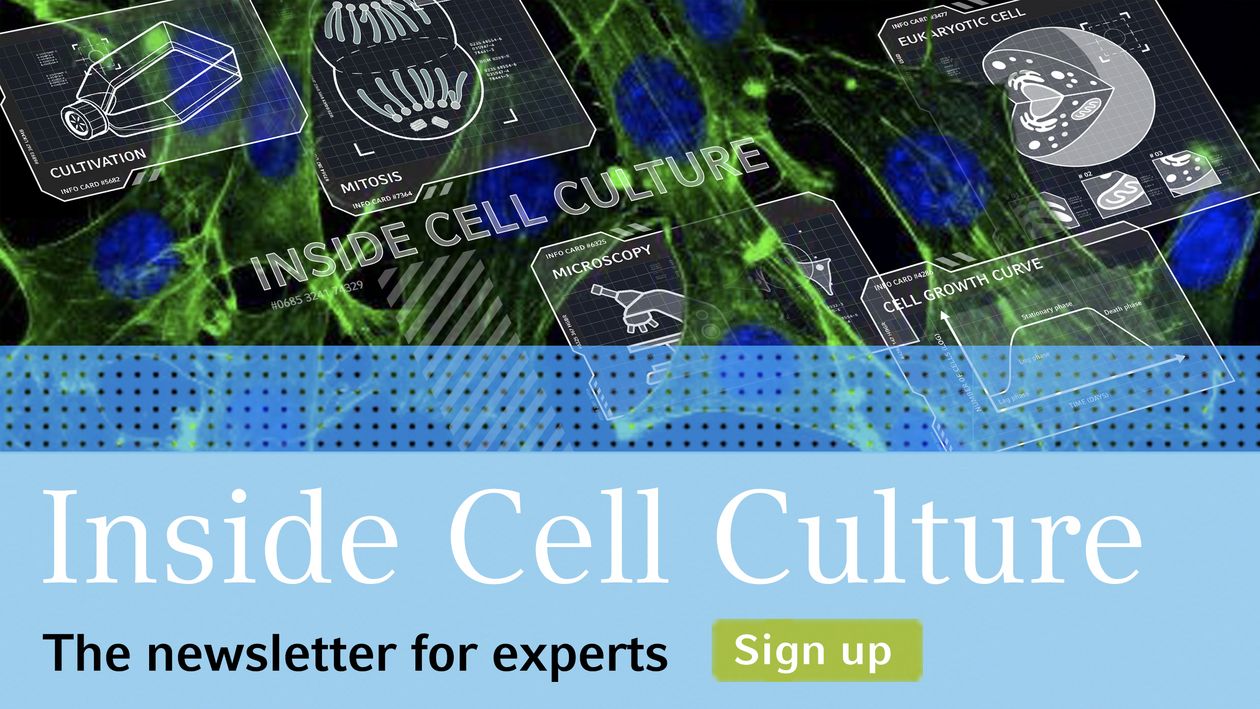